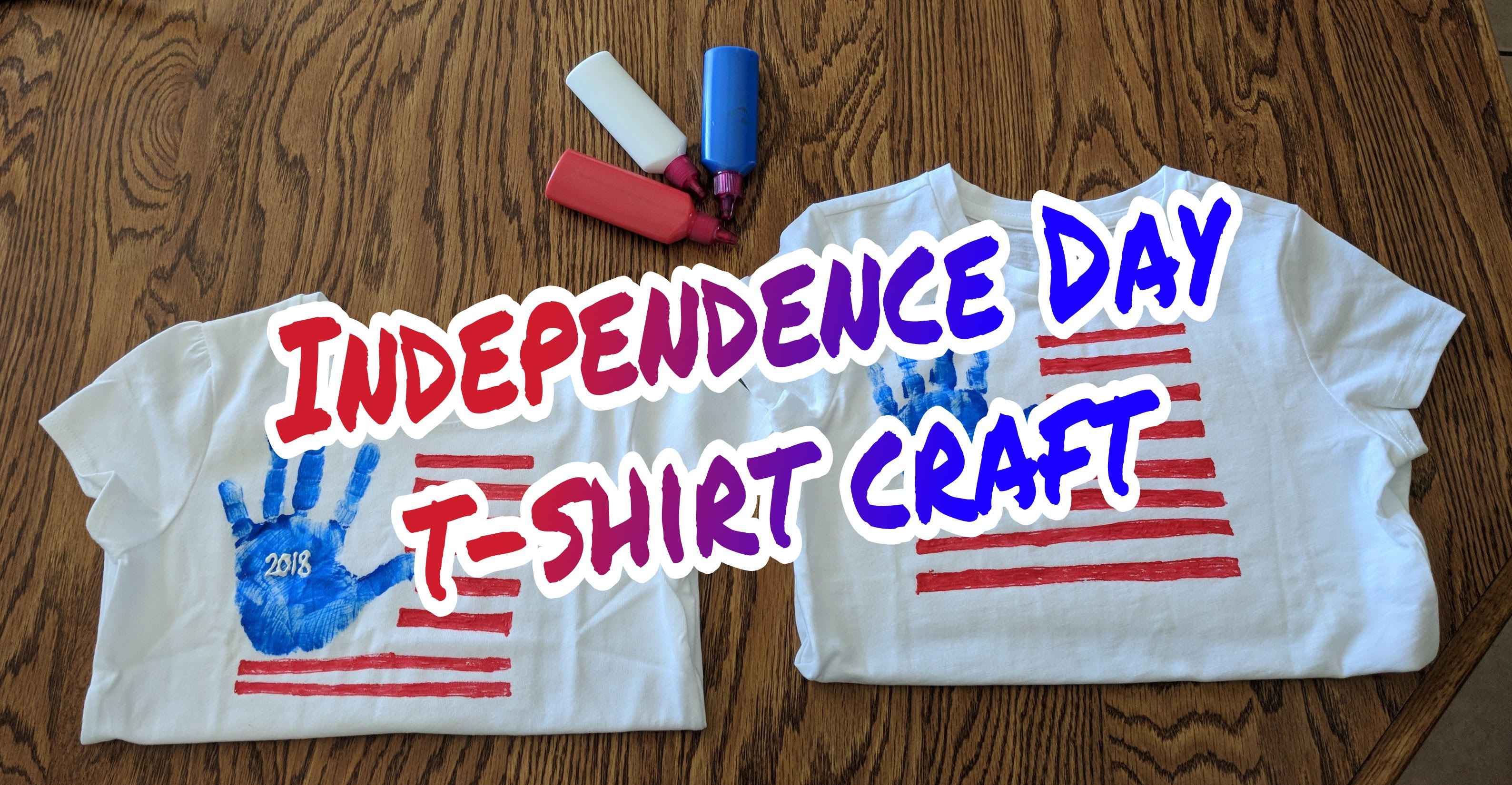 These shirts are a favorite! I found the idea on Pinterest 4 years ago, and we have been doing them ever since.

I wish I could remember what box I put them in last year, when I went through old clothes, so I could show you the difference from the past few years! But that’s ok. Maybe next year! 😜

This is so simple. I just went to Walmart and got the cheapest toddler and kids white shirt and some fabric paint. I grabbed a pack of paint that has multiple colors in it so I could use it later.

I folded a paper towel in half and put it inside the shirt incase any paint slipped through and I folded the bottom of the shirt back so the kids didn’t accidentally get paint on that part.

We practiced putting their hand on the shirt a few times so they have an idea once the paint is on their hand.

I did use a paint brush on their hand to spread the paint so it dried faster on the shirts. When it was mostly dry, I added the year and then the red stripes. That’s it!

Yes, I know I didn’t do the stripes correctly. Their hands are getting bigger and I just did what worked for me. You can do all 13 stripes, which represent the 13 colonies, if you’d like. For a kids craft t-shirt, I didn’t think it was necessary.

Do what works for you, it’s ok!

I will add, when Ilisa was younger I did her foot instead of her hand. I think I might’ve said in an earlier craft post that I think footprints are easier with little ones and paint. Babies clench their hands and it almost always turns out messy. It’s easier for me to sit them in a highchair and give them something to occupy themselves while I mess with their feet. Also, having a helper is nice if they are too little for the highchair.

I hope you enjoyed this post and get to do one of these with your kids/grand kids/nieces or nephews! I’ll try to add a picture of them wearing the shirts after tomorrow.