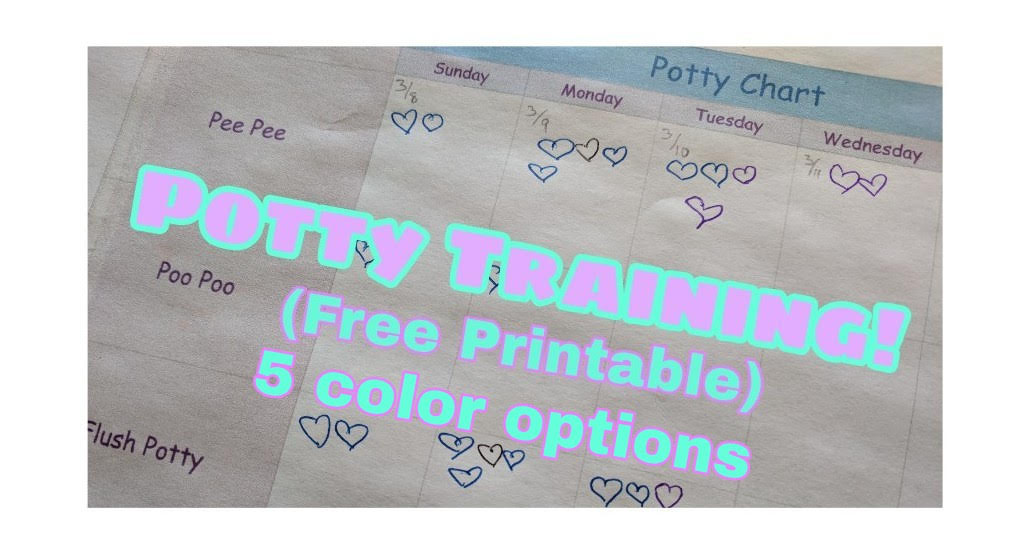 I started them both at 2 years old, just having them sit on the potty occasionally because I didn’t want to stress them out about it. Well, with my oldest, we ended up moving 2x within 8 months when I was trying to potty train. At one point she was doing really well, and then I started packing up all of her toys and moving boxes were everywhere. She ended up completely regressing, like she’d never used the potty before. Hiding from me or holding it until I wasn’t looking. I waited about a year and tried again once we were settled in our new house, and it worked out so much better.

Now with my youngest, I’m able to still be relaxed about it, but more consistent. And we aren’t moving for another 2 years. I’ve been constantly trying for about 3 weeks now and she’s doing great! We still have problems over night, but other than that, she’s making it in time and also telling me when she needs to go before I ask! 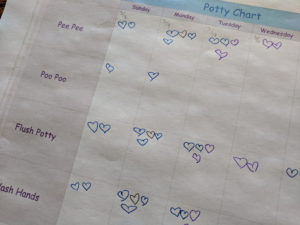 One thing that helped both of my girls was a reward system. I tried with candy, but I didn’t like that my oldest would only try if she got sugar. I ended up switching to a sticker chart with a reward (toy, candy, new book) after several days of making it to the potty, with no accidents. I did move my oldest to a pom pom and jar system I will probably post more about later, but it’s the same idea. Every time they go, they get a sticker or some sort of check-mark ☑. I ran out of stickers, so right now I draw hearts for my youngest. She still loves it! It’s a great way for them to see their own progress too, and become proud of themselves.

So today I wanted to offer you a Potty Training Reward Chart, available in your choice of color! (5 colors available) Just click the picture below of whichever one you’d like to download and print it off as many times that you need. You can write their name at the top too!